Felled by the common cold.  Destroyed by some vicious godawful virus that started in my throat, spread to the outermost reaches of my head, then burrowed deep in my chest for the death blow.

I haven’t felt this awful since we saw that Ronald Reagan film! 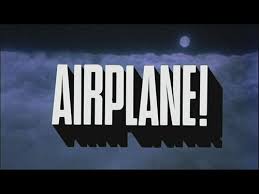 Alex came home sick on Thursday, and I thought it was an allergy attack.  He stayed home from school on Friday, and I hit him with nose sprays and picked up his Kleenex from all over the floor.  Curse this ragweed, I said, as I cluelessly scooped up tissues with my bare hands.

I got in my 8-mile run on Saturday and then woke up Sunday morning with a raging sore throat.  I managed to play a spectacular 18 rounds of golf (if you can call shooting a 115 spectacular) with HH and my father-in-law, but by Sunday night my fate was sealed.

My throat was under attack by knife-wielding germs.  An army of phlegm was invading every part of my head, and I was simultaneously clogged yet oozing snot at the same time.

I even lost my appetite, and folks, that’s when you know it’s serious with me.

I slept Sunday and Monday nights flat on my back with my head completely upright to avoid any drainage spilling out of my nose.  I managed to get some laundry done on Monday, but other than that I have been immobile.  And (lucky me!), yesterday morning I woke up to that deep, deep ache that meant it had spread to my lungs.

This is about the worst head/chest cold I’ve ever had.  I spent at least 7 hours in bed yesterday, eyes closed and mouth hanging open to breathe, just willing the minutes to pass and the Advil to work on my fever.  HH left town, so I picked the boys up from school (and likely will forever be known as the crazy braless mom in the grey sweatshirt with the stringy greasy hair…I must have looked like a meth addict) and took them straight to the grocery store with a list of food to buy…chicken noodle soup and crackers topped the list.

The thought of running, or really walking up the stairs, has been terrifying, which completely throws off my training.  I’ve missed Monday’s 4-mile run, yesterday’s tempo run, and today’s 3-miler.  Though I’m starting to recover, I hate to think of the missed miles.  I’ve been blowing my nose every second possible and trying to cough up loogies (sp.?) like a 12-year old tough kid to get this shit out of my body so I can heal and run.

As I stared at the back of my eyelids for hours yesterday, I started to feel discouraged.  I know I mentioned a few weeks back that I had a urinary tract infection.  Well, I can’t get rid of it.  I’m just finishing up my THIRD round of antibiotics.  It’s weakened me, and it’s pissed me off.  Now this cold comes and completely knocks me on my ass.  What is the deal?

I’ve been eating okay, and I’ve even discovered this new tea/juice bar near my house.  They offer fresh veggie/fruit juices, and I’ve been stopping by a few times a week and getting their immunity boosting juice with kale, spinach, apple, orange and lemon (they also have another one with pineapple, apple, cucumber, lemon and green tea that I love.)  I’ve been hoping to build my immune system to beat this stupid UTI.  It doesn’t seem to be working.

Needless to say, I was frustrated, most of all at missing my runs.  But then my mood changed.  I realized, as I have many times before, that I don’t just run for racing.  In fact, I don’t race very often.  I run for so many other reasons, one of which is to take care of my body, including my lungs.  I told myself that what was knocking me down so much would hurt other people even worse, and that I would recover faster than anyone.

My lungs are strong.  I’ve worked hard to make them that way.  My running base is strong.  I’ve run for years.  I will bounce back from this stupid little cold, I will work harder to build up my immune system, and prices be damned, I will continue to frequent that snooty tea bar and suck up that kale smoothie until I run out of money!

Did I mention I’ve had a fever?  Something makes me wonder as I read this over if I might still have it…

Anyhoo, I am on the mend and hoping to run by Friday.  My chest and torso ache from coughing so much, but I at least feel alive and a little less dramatic.  I managed to shower and go to Panera for some soup.  I coated my hands in germ gel before going in and prayed that no one would notice the thin layer of Aquaphor I’d spread under my nose because it was so raw and dry.

Happy running!  Wishing you no sickness in your near future…those head colds are killers! 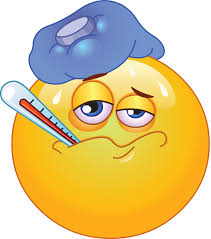