It Ain’t Easy Being Green…

Two of the three following statements are true…can you spot the fake?

It’s been 15 days since I last laced up my Smurf shoes, and I feel like I’ve been through a bad breakup.  I’m over the initial shock of the loss of the NY Marathon, to be sure, but the fact that I can’t run at all has turned me into a raging bitch inside (it’s a short trip.)  It’s maudlin, really.  I keep humming “One Less Bell to Answer” in my head (I’m serious, and yes, knowing this song ages me!)…

I encourage you to check out the video of that song, not only because Marilyn McCoo has an amazing voice but because the second guy from the right has on a can’t-miss outfit!

One less egg to fry, people.

All out the window.  I wander around the house a bit aimlessly and sing Faith No More to myself…

You want it all but you can’t have it

It’s in your face but you can’t grab it

It’s a pity party, fo ‘sho, not because of the race but just because I can’t get out for any type of run.  It’s like not realizing how hot you thought your boyfriend was until you dump him…and then suddenly he’s the sexiest guy you’ve ever known and you’ve just got to have him back!

The fact that fall is my favorite time of the year to run is that extra kick in the ass…like the ex-boyfriend dropped twenty pounds after our breakup and reclaimed his mojo.

The fact that all I do now is drive by runners is like the ex-boyfriend just hit the scene with a gorgeous new girlfriend…it’s more than I can bear!  Runners in race t-shirts, runners with fuel belts, casual joggers, speed demons…they torment me everywhere I look.  I am very jealous…

I’ve already missed the Plaza 10k, which I LOVED racing in last year, and I will be missing the Kansas City Half Marathon as well next month.  I probably would have skipped the half with the NY training anyway, but missing the 10k hurt a bit, because it’s such a fun flat course.  Waaaaahhhh!

It’s not easy being green…

Meanwhile, I am learning to make friends again with the Cybex Arc Trainer and will probably dump my butt onto a low bike this afternoon.  I love to row, and my gym recently added a Concept 2 rower, but I am afraid it might put too much pressure on the heel.

The pain has diminished substantially, though I do still limp sometimes, especially after golf.  I have set October 15th in my head as the first possible run day, no matter how good my foot feels, so I will try to stick to that date.  I need to use my off time wisely and make it productive…an opportunity to build some strength and work on different types of cardio.

I still wonder if the treadmill is the culprit behind my problems.  The mileage should not have been an issue, I didn’t add speed work or excessive hills to this training cycle, etc.–nothing was different except that I subbed the treadmill for about 30% of my long run miles due to the summer temperatures.  I also played a lot of golf this summer, which I did not do during my training for my first marathon, but I just can’t imagine that causing such problems.

Maybe it just wasn’t my time…no sense in looking back too long on it, right?  I will just remember that, as always, I HATE the treadmill and will not use it in the future!

Here are a few articles on stress fractures that might prove helpful to runners:

I will have to rebound and then put a new race on the calendar so I can have something to look forward to!  My last race was the Ward Parkway Four on the Fourth 4-mile race, which was great because I placed in my age group with a 32:41 (average 8:10 pace.)

While I waited for my age group award (ooh, a sticker and a water bottle…score!), I took some artsy fartsy pictures for you… 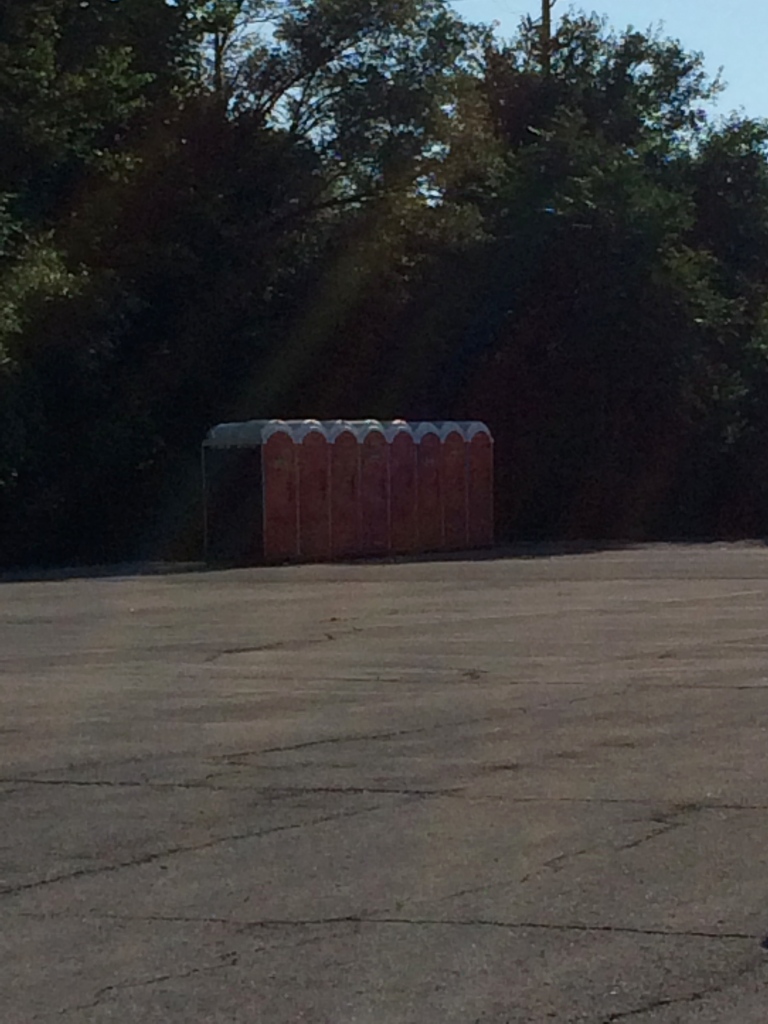 What I’m Running To:  Nothing (want me to complain again?), but I plan on knocking out an amazing low-impact workout later to “What’s the Difference?” by Dr. Dre this afternoon!